How I Feed the Kids Food They Don’t Like 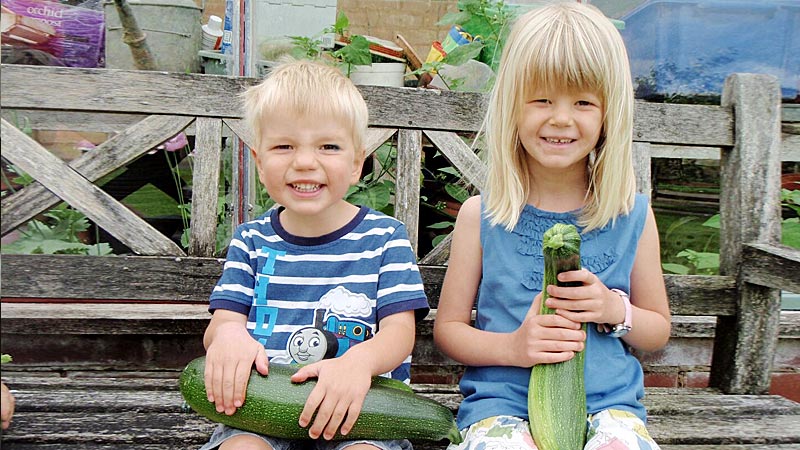 I’m passionate about food. All food. Food is an adventure, a journey to be travelled, a beautiful and varied landscape to explore. I love the whole deal, from looking at pictures in my growing collection of recipe books to the menu planning, shopping, prep…and finally in the serving and eating of said food…!!! It’s just one of the ways that I show my family how much they mean to me and I get such a kick out of watching everyone enjoy what I’ve made for them.

I want my children to share some of my passion and excitement for food. I want them to know what real food is and how it helps us grow and be healthy. But more than that, I want to give them the tools, the knowledge and the experience so they can go anywhere and be comfortable that they can eat, and enjoy eating without having any food hang ups.

I want to be the parent that says ‘yeah…they’ll eat whatever’ when they go off to their friends house. Not the parent that hands over a list of things their kid won’t eat. My wish is for them to be confident about food so they can travel, go to any restaurant and be relaxed about choosing something they’d like to eat – look forward to it even, and embrace the different dishes the world has to offer. I want them to choose a bit of everything from the buffet!!!

If they have issues with different foods and a long list of things they don’t like/won’t eat, these experiences I dream about them enjoying could become stressful and downright unpleasant for them. It’s my job to help them reach a state of food happiness through education, cooking, growing (gardening..) and most importantly, eating.

But to me, food is not just about the eating. It’s not just something we need to do to stay alive. It’s a pleasure. I am that person that seeks out the food markets on holiday and drools over all the meat, cheeses and fresh veg. The whole thing is exciting. Or at least it should be…. Cut to the dinner table of children who won’t eat this and don’t like that…!! We’ve all been there….

One of the tools I use to get over these cries of woe is good old creativity and I’m going to share with you how I’ve used this to overcome some pretty tough kid opposition.

If one of my children claims not to like something….I take up the challenge and get creative. It’s a bit harsh to say that I don’t accept that they don’t like it…but yeah. That’s kind of how it is.

I think that if you choose to shield your child from anything and everything they tell you they don’t like (i.e. never serve it to them), they’ll never have the opportunity to change their perception. They will grow up with that dislike. They’ll never eat an avocado. They will be in their thirties in a cafe with their friends ordering brunch and they’ll say ‘oh no… I can’t eat that – it’s got avocado on it’. I mean… to not like avocado is just weird right..but you see what I mean!!

The list of things my children claim to dislike is quite short (thankfully). And interestingly, there are three of them and the list is pretty much the same for all three, although there are a few split decisions that always spark debate like blue cheese…!! 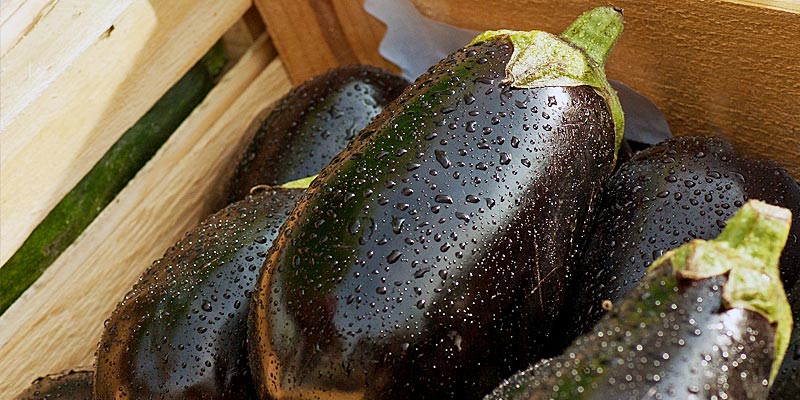 Number one on the list is always aubergine. ALWAYS!!! I make Mousakka occasionally and they complained about the aubergine. I have made numerous roasted salad dishes and they always complain about the aubergine. But instead of giving up and just resigning myself to the fact that they don’t like aubergine and I can’t ever give it to them again for fear of being a bad parent… I do the opposite. I get to work and cook it and present it to them in as many different ways as possible until I hit the jackpot and find THE way they do like it.

My goal here is to teach them that they really don’t hate aubergine. They may not have been dead keen on the way I cooked it once, but there’s no need to write it off for life. They don’t have to love it, but I like them to accept they don’t hate it and they need not be scared of eating it. After all… that shiny purple bulb has a lot to offer!!

So for the aubergine challenge, after all my efforts of roasting and pairing with different acceptable veg and so many dressings failed…. I used my go to. Dip.

If you have ever experienced a child not liking something, I urge you to make it into a dip. Present it nicely with some carrot sticks, rustic bread or even crisps and watch them dig in…!! For the aubergine challenge I made Baba Ganoush which is essentially hummus made with roasted aubergine instead of chickpeas. It’s delicious. And guess what….?? The children who didn’t like aubergine thought so too!!! #winning #jackpot

Once they have accepted that perhaps aubergine isn’t the devil, I tried giving it to them in some other dishes. A great way to introduce hated food is to add it into or pair it with things that are always popular. So, pasta with tomato sauce…you’re up. I cubed the aubergine quite small – about 1cm and lightly fried it. I then added some fresh tomatoes (roughly chopped), garlic and some herbs to create a rustic pasta sauce. I used fresh tomatoes on purpose here because I wanted the aubergine to be obvious in the dish – not hidden in a soupy sauce. I serve this with spaghetti and guess what…?? All eaten in double time and requests for seconds came from all three. #reallywinning 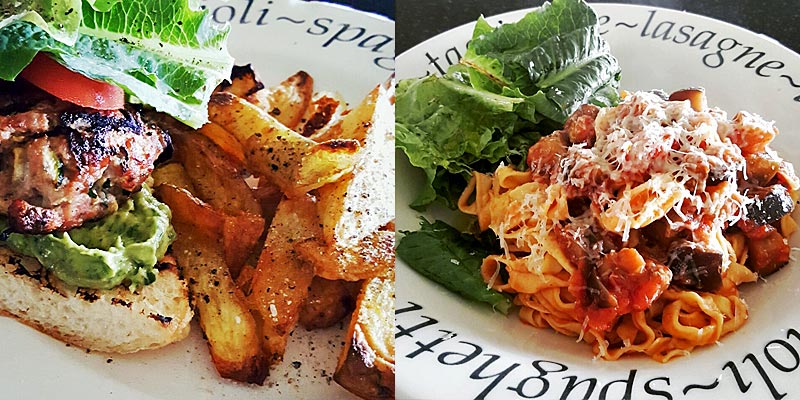 Next up is courgette. Now this really upsets me because most years we have a very successful crop of courgettes and you know what that means. There are hundreds of them to use up. Having 60% of the family claiming not to like them isn’t an option.

I’ve roasted them with garlic (their least favourite), barbecued them and used them in salads and topped pizzas with them. None of these options went down too well but to give them credit they do eat everything I give them, even if they are not that keen on it.

So…what did I do to transform courgette into something appealing…?? The first thing was coleslaw. The children love coleslaw and it’s healthy and super easy to make if you’re handy with a grater. So grate a few courgettes, maybe supplement with some other shredded veg of your choice and dress. A super simple creamy dressing of greek yoghurt and lemon juice worked really well to give it proper slaw cred. And my version of courgette slaw went down a treat.

But the hit was really chicken burgers. Chicken and courgette burgers to be precise. And I’m not talking a token amount of courgette here – there was LOADS that went into those burgers. They were really courgette burgers with some chicken….:) They absolutely loved these and declared them their favourite way to eat courgettes. #stillwinning 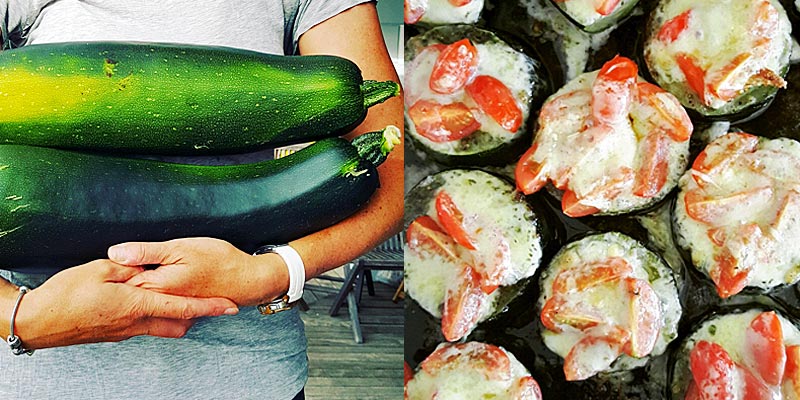 And Even Worse… Marrows

And lastly, the bain of my life…marrow. Courgettes are tricky but marrows take it to another level. So how to get children who aren’t keen on courgettes and like marrows even less to eat 7 marrows…??

Well, I did it and you can too. Cut thick slices of marrow, coat in a little oil and grill or roast until both sides are browned (turn over to make sure both sides get browned). Top each slice with chopped ham, a few halves of cherry tomato and some grated cheese and grill until the cheese is bubbling. Do you see where I am going with this…??!!! And the Marrow Pizza is born. Each child was served two and they didn’t hang around before asking for more.

There are other things my kids ‘don’t like’. My boy isn’t keen on mushrooms but he will eat mushroom risotto and pizza with mushroom on it and he likes it raw – so my answer: it’s not that he doesn’t like it or he hates it… It’s just that he’s not that keen on it and that’s cool. I make lots of dishes with mushrooms in it and I just give him a portion with ‘less’ mushroom in it than everyone else.

Be Transparent – Don’t be a Sneeker

My other tip is to be honest with your children about what they are eating. I have never been a ‘sneeker’ of vegetables or anything else for that matter. By that I mean grating a heap of veg into a Bolognese sauce in an attempt to get your kids to consume some actual veg without telling them. In my humble opinion, this doesn’t really solve anything because even though the child has eaten and enjoyed the meal (hopefully), they still haven’t realised they can actually truly enjoy the veg they just ate. So they’ll still claim to hate it and refuse to eat it if you serve it in its non-disguised form. #onlyhalfwinning

But…you know your child and sneaking, with honesty later may work in your favour. They might be the kind of accepting child that can be open enough to say ‘Yeah…actually that wasn’t so bad and maybe I could try carrot/courgette/mushroom again…’. If this works – fantastic. However, if your child is a bit more mmmmm…stubborn…(??) it can just as easily go the other way. I know a forty (plus) adult who has not eaten swede for 35 (plus) years because his mum mashed it up with carrot and told him it was just carrot. He ate it but when it was revealed that he had just eaten swede, he refused to touch it ever again. So the poor man has never got to enjoy the beauty of swede. Use your judgement here!!!

I also encourage my children not to use the word ‘hate’. It’s a strong word and implies that there is no coming back from where you are. Which of course, I have shown them that there absolutely is!!

Patience and Persistence is Key

It is always a work in progress and patience is key. If your kid isn’t keen on something, you’ll need to work on it and introduce it in small quantities or variations and take it gradually. It can be a slow process…. Intersperse new foods (or food they’re not keen on) with healthy meals they enjoy so they’re not always being challenged. And talk to them. Have a chat about food. Where it comes from, what country is your meal from tonight, is it a hand me down recipe maybe….or is it one of Jamie’s….??!!!! Get them interested, let them help in the kitchen perhaps and while you are at it, keep the food interesting too. Offer lots of different meals, make sure there is lots of colour and texture on the plate, include plenty of veg (which adds colour too) and above all, make mealtimes fun and exciting!!

If you’re lucky, some of your passion will rub off on them and they will develop a healthy interest in food. And that’s all we really want right….?? 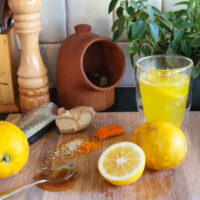 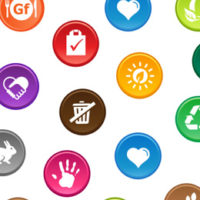 Our Eco Badges – Shop Your Values 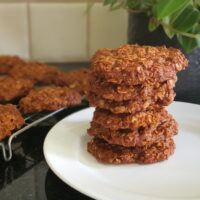 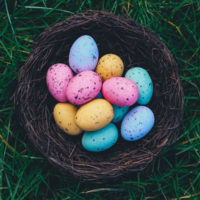